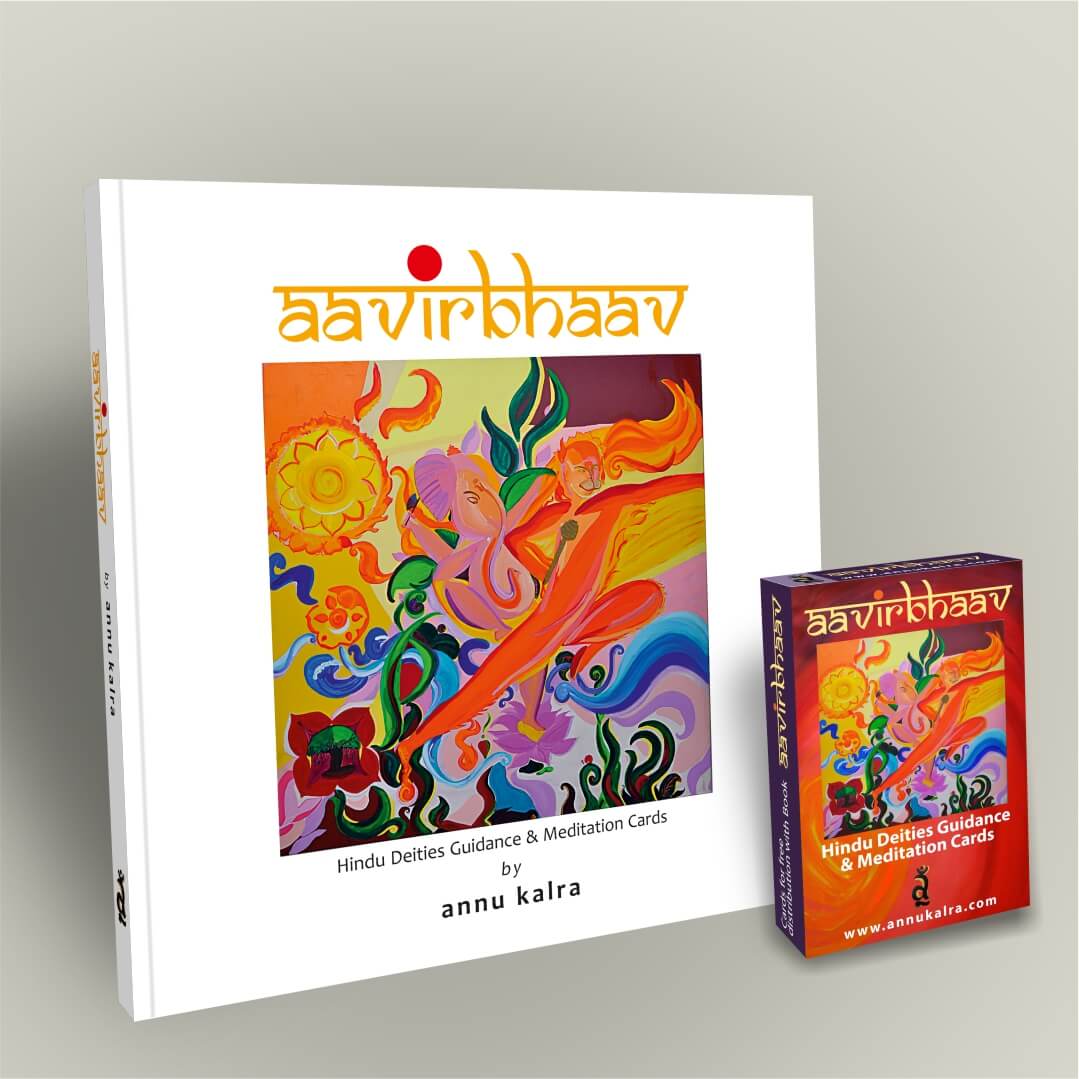 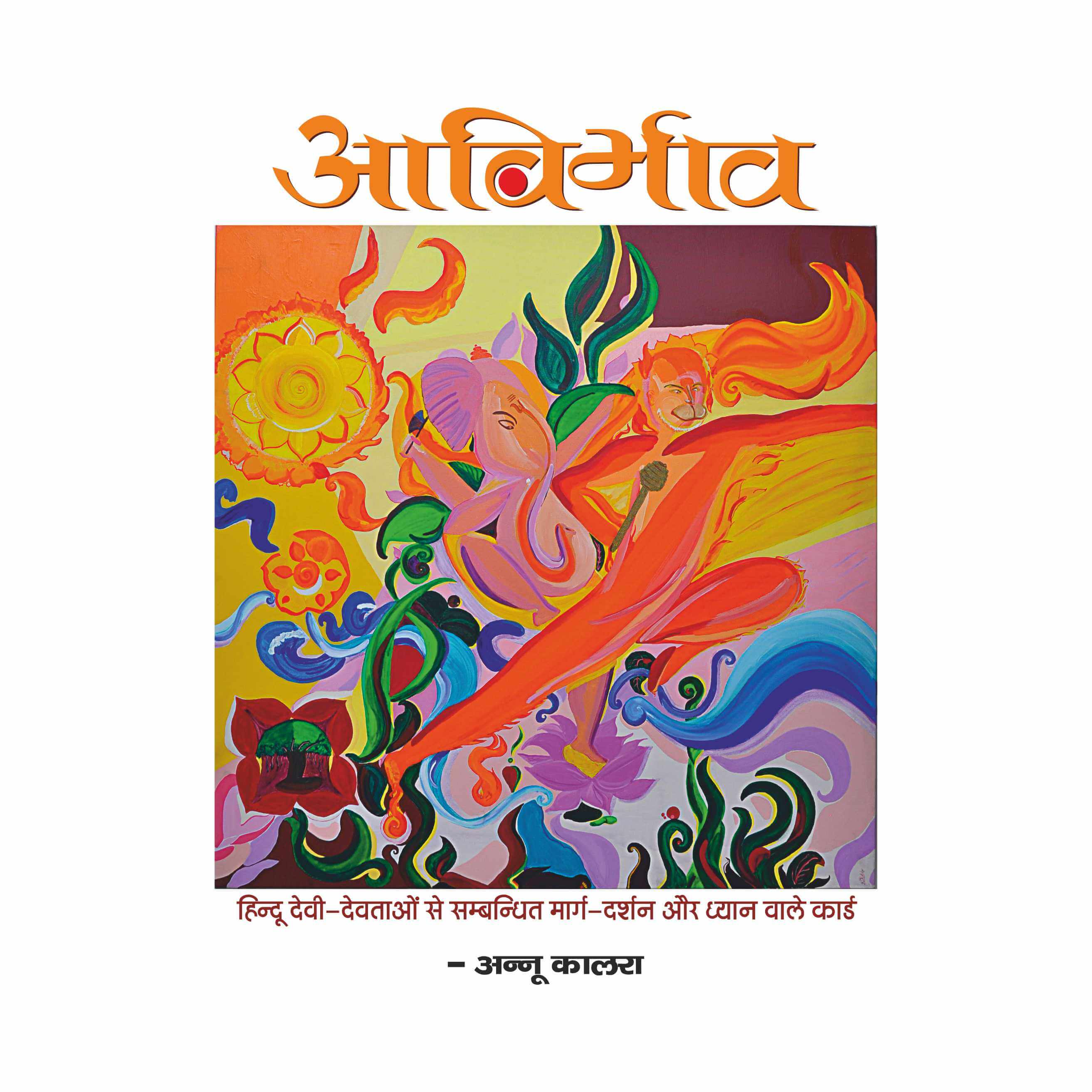 Aavirbhaav- Hindu Deities Guidance & Meditation Cards is a book for the intelligent questioning person caught between the spectrum of belief and non –belief; which is really a large majority of Urban Indians. While the hypocrisy and mumbo jumbo of fanatic religion has alienated him, his quest and belief in the ancient Sanatan Hindu dharma has not completely disintegrated. It is not without reason; the ancient people were very intelligent. They created elaborate systems of rites and rituals to aid people in their self -discovery and self-actualization, idol worship being one of them. Over time those became empty rituals due to their being followed in a mechanical way and also having been handed down as a diktat rather than with appropriate explanations and scientific rigour.

Through her journey of self -exploration and meditation the Author annu kalra has synthesized this book that amalgamates concepts and beliefs from the numerous systems that exist in the rich Indian culture and presented it in a self -help format of Guidance Cards. Each card is a representation of Deities from various traditions including Vedas, Puranas, Tantra etc.

The deck of 55 cards contains 48 guidance cards and seven cards of Meditation. The reader is to pick out one card at random from the 48 Guidance cards and apply the message from that particular Deity and its interpretation to solve their issue. In the interpretations she has included some historical context as well as some implementable actionable points. The expected effect is for people to harness these energies and allow them to regain some centeredness in which they can become more focused and start doing more meaningful things. When people do meaningful things they do not feel drained and have a greater sense of well-being. So this book will eventually help people in their profession, their relationships, their health, in their own estimation of themselves; which so ever aspect it is they require help in.

Also since annu has herself lead a life which is extremely urban, today, real world, corporate, single mother bringing up two kids, she comes from the same eco system as the potential reader and has battled with the same demons of doubt and the need for rationale. What she shares is what she has found out for herself and is essentially experiential. It is also her belief that the energies are making their presence be felt in order to counter the decay of the social-cultural-moral fiber of the current times.

Following quotes appear on the Back Cover of the Book–

Though being completely non spiritual and an agnostic by temperament, I have seen Annu live her life by her belief in a power beyond apparent human comprehension yet immensely potent. Well, if there is such a power, Annu's life is a living testament of that. I'm sure there are many others who will find through her immense energy a path for themselves. A path, that could take them to peace and harmonised living in this increasingly chaotic world. A path that Annu has blazed herself, and is now ready to share with others.

Beyond the obvious, within the Cosmic reside alleys and pathways that rarely reach those who may most need it. When they do, as in this Integrated Analytical and correctional tool that Annu Kalra has co-created (with the Greater Cosmic Force) be sure to grab and practice it. There are moments you will reach out for it. Even better make a habit of it. Conspire with the Divine and reach ever higher.